I've always used paint as an experimental medium. I grew up on the North Island west coast, an environment of extremes and wonderful light. In the early 1970s I attended Elam School of Fine Arts before painting and exhibiting full time. In 1980. After a change in direction working for TVNZ, I travelled to the UK and joined the BBCtv Design Department and worked on major productions there.

Since returning to Aotearoa/NZ I've continued working as a 3-dimensional designer and draftsman, predominantly in film and television set design. I've continued to paint, when I've felt the need of experimentation, and when I've something to express. In 2018 I produced a body of work for an exhibition at the Mangawhai Artists Gallery. Below are a small number of the works shown there. 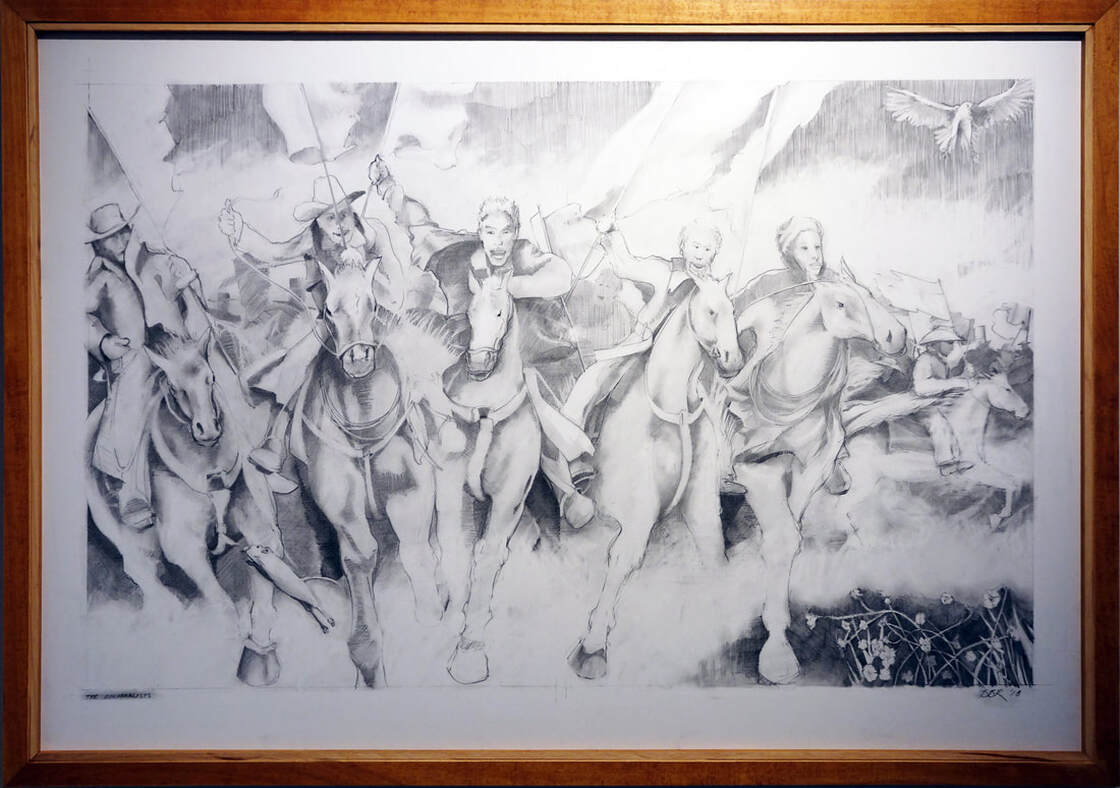 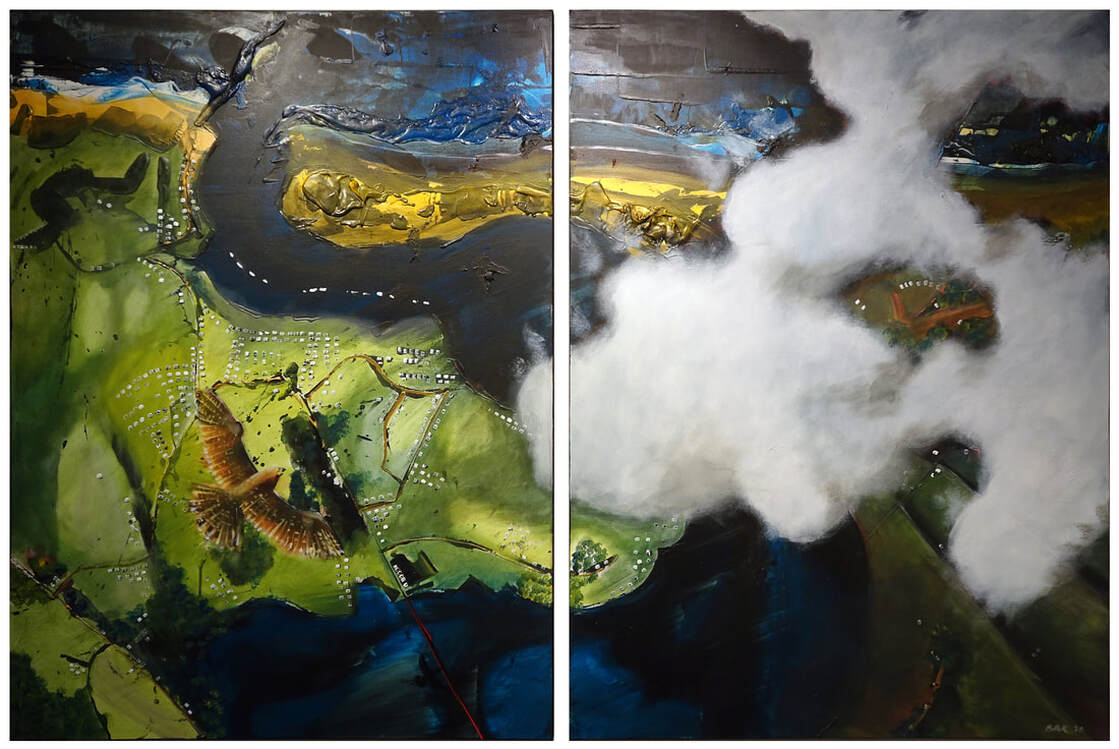